is a logo I use which I designed with Open Source Gimp, see below.

If you came here from a link in another site, then Welcome to this site, the oldest of all my sites, with this version built using WordPress.

This is new, recently moved as an addition to this site, mainly about Open Source.  Still being added to ….

Designing web sites, using Open Source software, is one interest. These are some of mine….

To return to Home page, click the Tandem logo above, or Valandben below.

Open Source software is a big topic but this page should give a few pointers. If you are using a tablet, the web setting may be better. There are lots of links to more Open Source matters.

I like the background picture which suggests open spaces, appropriate for discussing Open Source software. I may even enlarge on my designing a bit more.

Designing a web site can be done in a variety of ways from paying a commercial designer , through using companies who provide such a service, but what if you would like to design your own?

Again there are many ways to do so with much software available that will build a site for you, once you have mastered the essential basics. Some such software is mention elsewhere in these pages.

Young people are fortunate in that a program was specially built for them called Scratch. This has become very popular with its own online community across the world. It is now used by older people as a medium to learn the basics and to get into coding, so that must be a plus in itself. Click here to know more about Scratch.

When I started it was a case of opening up a text editor and writing all the code manually. Progression occurred, first with Joomla and now I use WordPress, as here, with other Open Source software.

Also there is the internet where you can learn much about the subject.

There are many changes taking place affecting computing and the

internet. Open source is becoming more popular.
Open source is quite a big subject and possibly the best way to finding out more is by using the links below, or watch the animated video from the Free Software Foundation.

The reason for my interest is that I have been using Open source software for several years, and all my serious computing is done with it. My current operating system is Linux Mint, but I do have other flavours of Linux installed alongside.

A much more recent development has been the dramatic increase in interest in the Raspberry Pi, an extremely powerful but small computer.

It is an amazing small computer, not much larger that a credit card, that is now being used in many ways, so many it is too much to describe here.

Extract from their site

The Making of Pi The idea behind a tiny and affordable computer for kids came in 2006, when Eben Upton, Rob Mullins, Jack Lang and Alan Mycroft, based at the University of Cambridge’s Computer Laboratory, became concerned about the year-on-year decline in the numbers and skills levels of the A Level students applying to read Computer Science. From a situation in the 1990s where most of the kids applying were coming to interview as experienced hobbyist programmers, the landscape in the 2000s was very different; a typical applicant might only have done a little web design.

Every day I read of new things they are doing with the Raspberry and here is an article about building a super computer with 32 of these.

In addition there are other small and cheap computers out there with a resemblance to Raspberry Pi which I will include details of, within these pages shortly.

Computer science has been added to the curriculum in schools in England.there are many supporting this but also many opposing.
News item here.

Previously there had been facilities run by volunteers
such as CoderDojo (World) and Code Club (UK).
Another item in the recent news, March 2015, is that an astronaut has volunteered to take a couple of RaspberryPi’s and leave them in a satalite so that children can communicate using the satalite.

To be added to…

There are a few open source operating systems like BeOS, various BSD 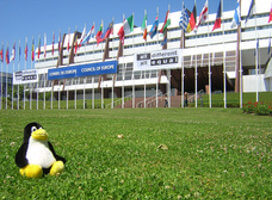 ones and Unix of which Linux is the dominant one. Linux itself is the base upon which many distributions are built. Linux is found many places such as running the majority of servers on the internet, in embedded devices, household goods, mobile phones and also in satellites in outer space.

With regard to computers there are many different distributions in use such as Ubuntu, Centos, Debian, OpenSUSE, Fedora, Slackware and a host of others, many of which are lightweight and fast or suitable for older slower computers. These very pages are being built using Linux Mint.

The software choices within Linux are enormous with thousands of applications available. Very recently a number of games manufacturers have started issuing their games to Linux.

There are other pages describing a small selection of open source software. Any newcomers to Linux have a host of resources available to them on the web and also through a worldwide network of Linux users groups.
To be added to..

Content management systems are widely used on the internet as a presentation of interactive web sites.

Some of the popular ones are WordPress, Drupal, Joomla, Xoops, and Plone but there are many others including lightweight ones.

2020 A new article about Open Source what-is-open-source-software , thanks to Fabiola Castro

There is quite a bit more on the first site I did about Open Source, with lots of links as well to Open Source. Here designBeathan

This website uses cookies to improve your experience while you navigate through the website. Out of these, the cookies that are categorized as necessary are stored on your browser as they are essential for the working of basic functionalities of the website. We also use third-party cookies that help us analyze and understand how you use this website. These cookies will be stored in your browser only with your consent. You also have the option to opt-out of these cookies. But opting out of some of these cookies may affect your browsing experience.
Necessary Always Enabled
Necessary cookies are absolutely essential for the website to function properly. This category only includes cookies that ensures basic functionalities and security features of the website. These cookies do not store any personal information.
Non-necessary
Any cookies that may not be particularly necessary for the website to function and is used specifically to collect user personal data via analytics, ads, other embedded contents are termed as non-necessary cookies. It is mandatory to procure user consent prior to running these cookies on your website.
SAVE & ACCEPT